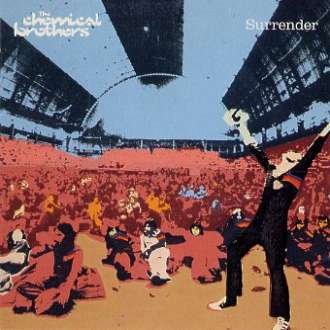 The Chemical Brothers – Surrender is the third album from The Chemical Brothers and was released on June 22, 1999. It features Noel Gallagher (Oasis), Hope Sandoval (ex Mazzy Star) and Bernard Sumner (New Order) as guest vocalists. Leeds band The Sunshine Underground took their name from the sixth track on the album, which contains a sample of “Asian Workshop” from James Ashers library album “Abstracts”. It was certified 2x Platinum by the BPI on September 30, 2005. The song “Asleep from Day” was used in a commercial for the French airline Air France.