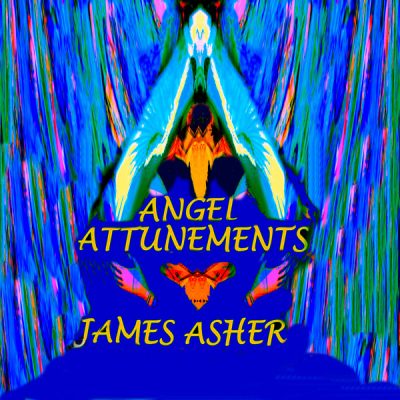 The courses as the Academy, Tetfor, Lincolnshire held in February 2010 with the title “72 Angels of the Kabbalah and Aura-Soma” provided a powerful catalyst for James Asher to write 2 hours of fresh original music.The unique blend of harmony, energies and light presence at Dev-Aura have for many years represented a very fertile environment for James in the creative process, and have been highly encouraging of new music. In 1994 his album `Dance of the Light` contained the composition “Dawn at Dev-Aura”, which combines the sounds of the dawn chorus with inspirational music written there on a glorious midsummer morning.

The nature of the 72 Angels course combined with the engaging qualities of those people attending it created a scintillating ambience, within which the light-filled compositions flowed effortlessly. Written in the mornings before the the teachings of the day began, the music became imbued with the focussed spiritual intent of the people attending, attuning in their own way to what
lay ahead. These inspirational pieces of music were recorded live into a keyboard at that time, and then the data was transcribed at a later stage in the studio, where the original data was expanded by an additional range of sounds and virtual instruments.

The resulting music has an ethereal and expansive quality, providing an ideal accompaniment to the following:- Yoga, relaxation and meditation, massage, healing, attuning to your personal colours for the day, or just chilling out at the end of the day.