On Friday June 20th, the Drum Travel crew launched the double CD in the colourful and peaceful environment of Dev-Aura, in the wonderful light-filled lecture room. To begin we were delighted to be joined by Ayako Tanaka, who played some beautiful flute with us. First she played silver flute, and then a Native American one. Her tone was superb and the ease with which she joined us was a perfect metaphor for the ethic and thinking of Drum Travel which seeks to see diverse and differing elements blend seamlessly without judgement or prejudice in becoming a seamless whole. Thank you Ayako, it was gorgeous, and very special to have you be a part of the launch! Then for the rest of the first set Sandeep Raval played multi-percussion, Simon Brewin alternated between guitar and bass, and James Asher played drums. On vocals and making her first live appearance of this kind the highly vibrant and unique Carolinas Maggio sang four of the songs from the Drum Travel album. At the end of the first set Mike Booth joined in with us playing didgeridoo, which gave a great earthing quality to the music. 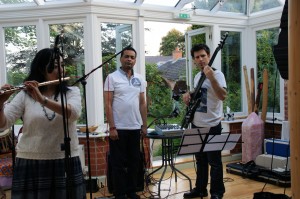 Carolina Maggio is an Italian artist, designer, songwriter and musician and plays an unusual stringed instrument called charango. Mike Booth enjoyed her performance very much. This is a shot of the two of them together: – 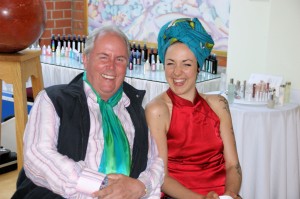 Sandeep Raval, my partner in the Drum Travel project discovered her playing at a party in London. We have worked together on the songs and have started working on videos to accompany the project too.Here was a moment after the performance when Carolina and I were in the dining room at Dev-Aura: – 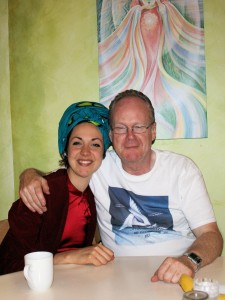 Carolina gets very involved in the music. Here she is performing the last track on Disc 2 – On the Outbreath:- 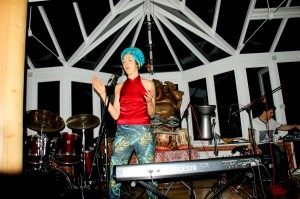 Sandeep enjoyed the event and here is relaxing and enjoying meeting some of the attendants at the Seven Levels of Letting Go course:- 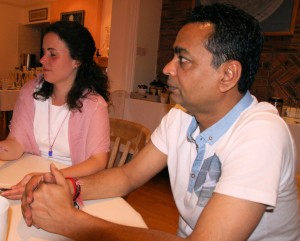 The day after the concert, I enjoyed showing Simon Brewin and Sandeep the Shiva Lingam, by which they were both duly amazed: – 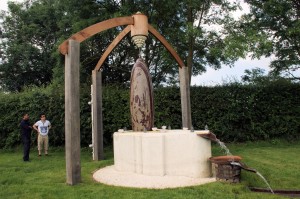 We are very grateful to Mike Booth for the opportunity to launch the event at Aura-soma and the energy and response of the course students to the music was very sympathetic and attuned. It made it all a lot of fun. I will conclude this blog with another picture of Ayako playing flute. I do hope we get to play together again, she is a fabulous and sensitive musician:- 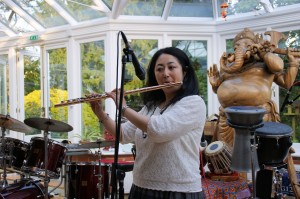 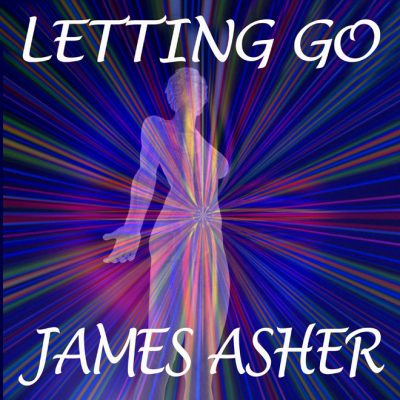 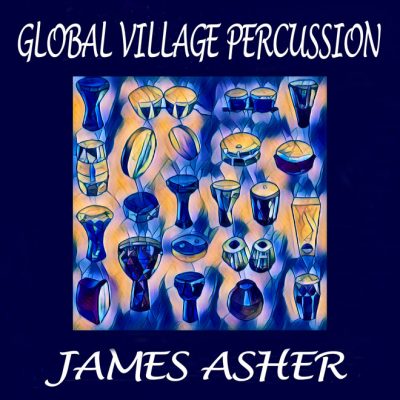 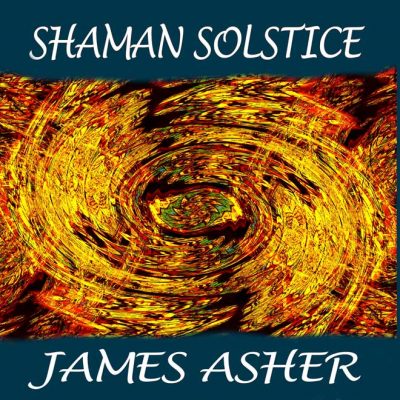 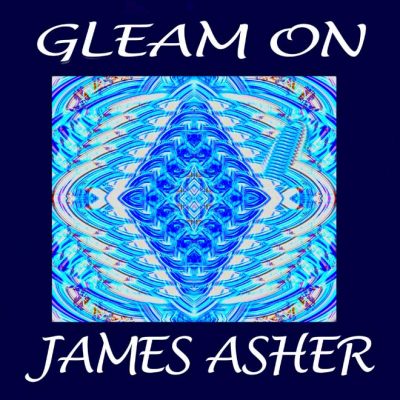 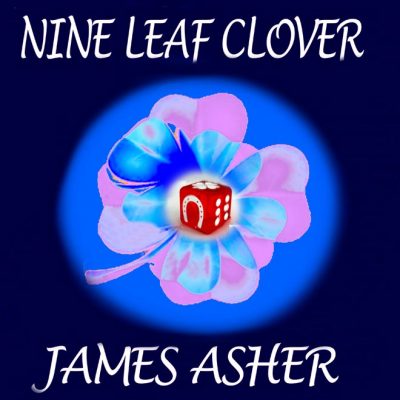