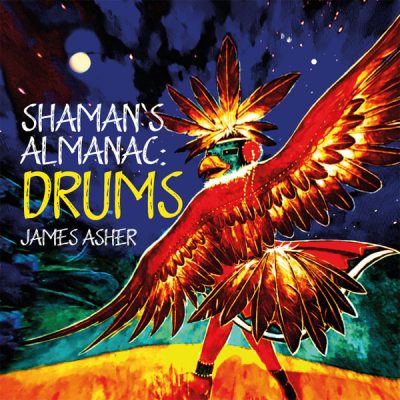 Shaman’s Almanac : Drums Released June 2020. James Asher fell in love with drums from an early age, and played in school bands as a teenager. After training as a sound engineer and enjoying much creative experimentation with recording, resulting in extensive library music catalogue, Asher`s journey progresses and diversified. This included music that provided a potent counterbalance and grounding to the colourful spiritual world of Aura-Soma. Along the way meeting and enjoying creative interactions with master drummers/showmen Sivamani and Sandeep Raval. And meeting drumcircle facilitating teacher Arthur Hull whose playful elf-like quality engaged him has led to an extensive multiple co-creative adventures. There is also a separate compilation of highlights from these called Rhythmical Alchemy.