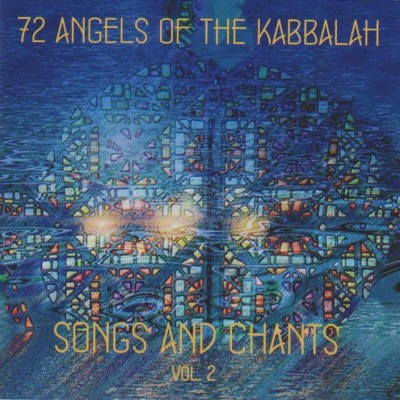 72 Angels of the Kabbalah – Songs and Chants Vol.2

The collective singing by the 80 course participants from around the world has a stirring and heart-warming quality.

Volume 1 contains songs and mantras from a variety of spiritual traditions and cultures. For your singing enjoyment, a booklet containing song lyrics is included with this CD.

Volume 1 contains chants and invocations from the Hebraic tradition, with an accompanying booklet.

Participants meet their personal guardian, heart and intellect angels through the invocation of their Hebrew names and radiant colours of the Aura-Soma Equilibrium bottles.

The songs and chants on these CDs are used during the courses to invoke the light and to greet the angels. For many this becomes not only an illuminating experience, but a transformational one also.

Two wisdom systems come together in the ancient tradition of the 72 Angels of the Kabbalistic Tree of Life and the Aura-Soma Colour-Care-System.

Kabbalah, which has its roots in Jewish mysticism, means receptivity. Through our human beingness, we receive and incarnate particular qualities of the Divine though the angelic energies that inhabit us. To become consciously receptive to these angelic influences — particularly our personal Guardian, Heart and Intellect Angels — offers the possibility of the developing more of our life’s potential by integrating their resonances within the body of light that surrounds us.

Aura-Soma means Light Body. The radiant colours contained within the Equilibrium bottles offer a mirror to the soul through the reflection of the colours we choose by helping us to see the aspects of Divinity shimmering within us. These two systems offer a powerful combination for bringing light and awareness into physicality. As the Angels and all the colours of light express and magnify the Divine within us, we can bring more of the totality of the particular “hue-mans” we are into being.