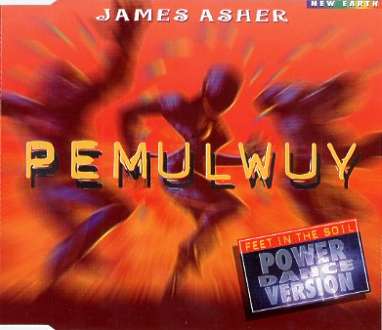 Pemulwuy was an Aborigine whose bold and fearless action to defend his people’s rights became a stirring symbol of their struggle to avoid violent dispossession. In the late 1780’s, the Aboriginal ‘Eora’ society was elaborate and based on a highly complex kinship system, integral to which was the notion of reciprocity between people. Their society was non-materialistic, eqalitarian and power was diffused. They regarded land as a religious phenomenon, and people and land were inseparably linked. Nothing in the history or experience of the Eora prepared them for the British Invasion of 1788. Throughout a series of incidents of wounding and capture, Pemulwuy displayed a noble spirit and great bravery. The name Pemulwuy means earth, and it was as protector of his earth that he became renowned. His story was an inspiration for the two tracks that form the bookends of the album Feet in the Soil and this single.

Customer Review – “Pemulwuy and his people are didgeridoo, djembe, darabuk and the voices of the women, all speaking the ancient rhythms. The heavy modern sound of the bass guitar and the driving metallic percussive sounds are heard as their oppressors. They play off each other, both fighting for room to exist in the aural space. The tempo is very upbeat, with mid-range hand drums and varied percussion overlayed by the didg’ voices. The added interplay of the bass and percussion, a woman’s native words, and great rhythms round it out. After the high whistles of the tribe’s support, what remains is bangs and raps on a hollow, shaky drum that fades as Pemulwuy’s people continue into the distance.”