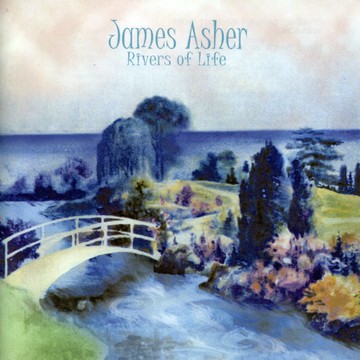 Rivers of Life. Two flowing compositions, both with the musical theme of water, specially composed for guided meditations given by Mike Booth. The music is ideally suited to accompany meditation, healing, massage and relaxation. Allowing a little extra time to get settled, the music provides an excellent framework for an hour of any form of healing treatment, or just pleasant listening to aid relaxation or activity.

Customer Review – “James Asher is a beautiful melody maker; a master of salutary, relaxation music. An acquaintance with this aspect of his creative work would be insufficient without his album Rivers of Life, produced by Spring Hill Music Studio in common with the Dance of the Light album. A meditative, smooth and streamy tune of Rivers of Life strengthens the state of inward peace and quiet. While listening to this divine music two hours and more fly away like a shot, as if they were a minute. And you are eager to listen to this music time and again because it gives immense pleasure, since this music has a salutary power of light, a salutary power of Love itself without which Life cannot exist.“.