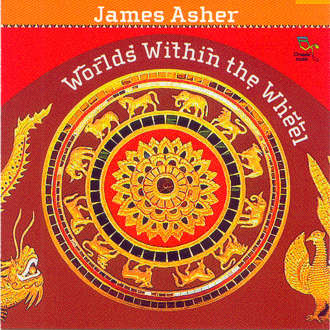 Worlds within the Wheel

Worlds Within the Wheel displays James Asher’s earlier work, combining traditional, world and modern influences. These tracks have passed the test of time with ease. The full length of The Great Wheel (a symbol of timelessness) invites you to enter the spirit of change, the cyclical nature of life.