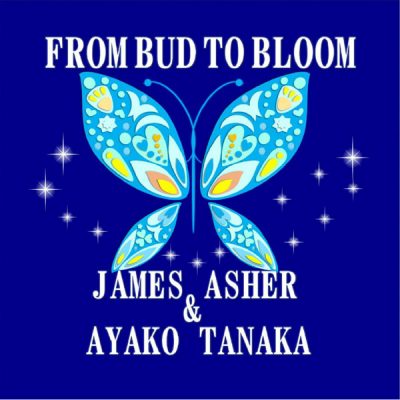 From Bud To Bloom

When worldbeat artist and producer James Asher met the gifted Japanese flute playing artist Ayako Tanaka, they shared an immediate musical affinity. When Ayako visited England in 2019, they seized the opportunity to meet up, create and record music in James’ Starfield Studios. Ayako’s fluent and expressive playing on silver flute, Native American flute, recorder and ocarina join James’ expansive keyboards and earthy percussion to paint a colourful and exquisite journey, whose central flavour is gentle, peaceful and melodic with the odd surprise on occasion for good measure!