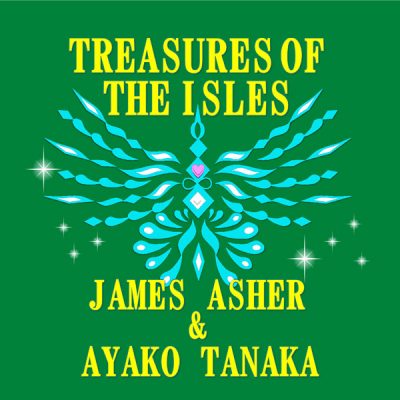 Treasures of the Isles

James Asher and Ayako Tanaka met to create some arrangements of traditional Celtic tunes. Ayako’s exceptional flute playing joins James’ keyboards and percussion grooves alongside their guest musician Jim Neale. As well as playing great 12 string guitar, mandolin and violin, Jim knows and loves this genre of music well, and suggested these excellent tunes for the project. From bubbly jigs and reels to the more atmospheric titles that conjure the mists and moods of Scotland and Ireland, the music provides a lyrical and evocative expedition.