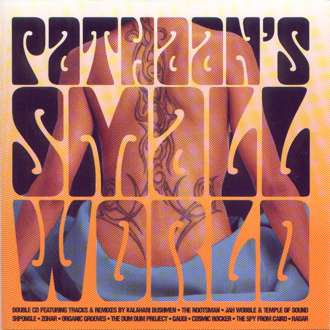 Track 3 on disc one features James Asher, under the artist pseudonym Platform, with “August Moon” which features on James Ashers album “Globalarium“.

Pathaan’s Small World The first instalment of the 24 track mixed ‘Small World’ project, which takes the label beyond the Asian-influenced beat, to encompass influences from all over the world, creating a truly global musical blueprint.