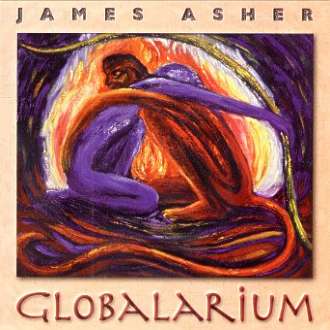 World music and its breadth of expression intrigued me and this led me to my first album in this area – Globalarium in 1993. Musical collaborations with the likes of Joji Hirota (Real World), and Hossam Ramzy (Arc Music) enriched the mix. The musical direction was diverse, but resonated enthusiasm at the idea of combining the rich qualities of these cultural sources in a free form celebration. By this time Music West had folded, and out of several interested labels I selected Silverwave, based in Colorado. This was the first album where at the mixing stage I was joined by my friend Grahame Gerrard, an extraordinarily gifted master of tone, sound spectrum and effects, who has over the years made enormous contributions to the quality of my finished mixes. His no-nonsense down to earth Northern sense of humour has also cheered me on many a bleak day, and he is a real brick.

Another broad world exploration came in the form of Raising the Rhythms album, which I wrote for New World Music in 1999. There is a very percussive emphasis to this album; tabla player Sandeep Raval was a sterling contributor, as was the conga player Miles Bould, both of whose highly individual playing styles bring much character to the music. Also using sax and trumpet as I do on this album, though I never really think of myself as a jazzer, I realised I was starting to wander from the more cautious category conscious approach that might avoid these. But for me this was all music, and I love sax and trumpet as instruments. 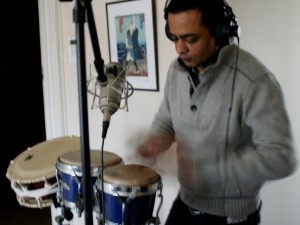