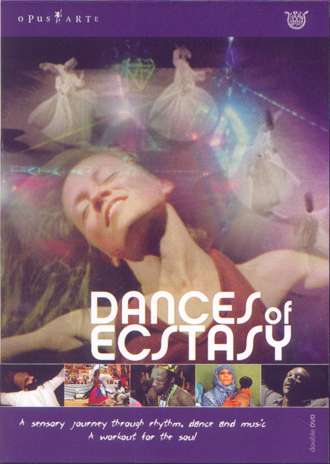 Dances of Ecstasy Featuring James Ashers first published video to accompany the track “Zammo-Zansa”, Dances of Ecstasy is a double DVD of Michelle Mahrer and Nicole Ma’s celebrated documentary film which explores how different people around the world connect through rhythm, dance and music. Disc 2 features a spellbinding global music soundtrack including tracks by James Asher (with psychedelic visuals by D-Fuse) and the hidden track “Zammo-Zansa” by James Asher.